The event took place in the City Clinical Hospital №15 named after O.M. Filatova. In total, over 240 participants from from 32 Russian medical schools as well as from Malaysia and Vietnam universities took place in the olympiad. The competitive program included five stages. At the first of them it was necessary to answer theoretical questions on the ECG, interpret them and solve a number of clinical problems. For the correct answers, the participants were credited with points - thus, in the extremely high competition of more than two hundred participants, four semi-finalists were identified who correctly answered more questions. They fought among themselves for winning speed missions at the final stage of the Olympiad.

The winner of the V All-Russian ECG Olympiad became a student of the First Sechenov Moscow State Medical University Andrey Podelshchikov, he received the main prize of the competition - a golden stethoscope! Each participant received a certificate.

Congratulations to the winners and prize winners, we are waiting for everyone next year at the VI Olympiad on ECG! 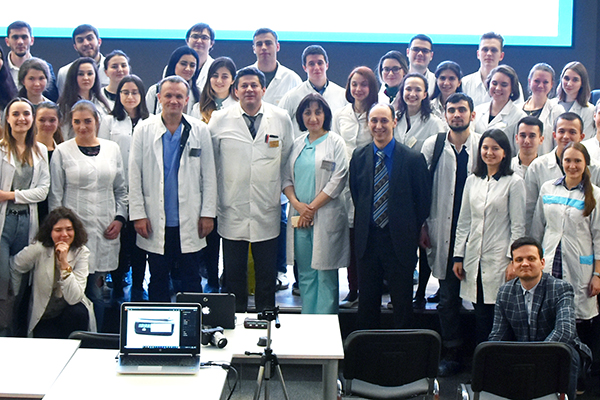